Words get their birth and die out. The life expectancy, the vitality of each word depends on the need for it and on its ease 'in circulation'. Words are like coins, money in circulation. The latter developed from shells and skins to metals, then to coins, later - to paper bills, thereafter - to electronic money.

So are the words. All of them have 'a service life' and then get replaced with more convenient and useful ones in new circumstances and new reality.

The 'long-livers' among the words are conjunctions, prepositions, suffixes, pronouns and articles. They are the ones which are most in demand, and therefore are present in any texts. They inevitably become the most convenient to use, since over the centuries they have managed to be 'polished' in millions of lips - like pebbles polished by waves and sand. These words are always the shortest, easy to pronounce. And the brevity and simplicity of a word are the apparent signs of its antiquity. 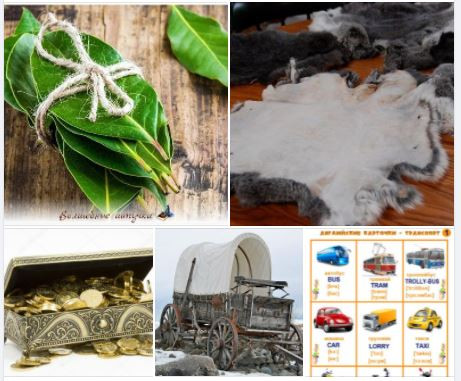 Laurus, Laurel leaves have been used since time immemorial as a talisman to protect against the evil eye and damage:
"... Laurel leaves wreath attached to the baby's bed was thought to help protect the child from the negative effects of mystical creatures. The more of them - the stronger the protection. It is believed that in this way entire households get rid of the danger of the influence of evil spirits."

'Indo-Europeists' tell us, in their textbooks, that Latin laurus allegedly is... a phonetically transformed Greek daphne: https://www.etymonline.com/word/laurel

This is obviously a fairy-tale (as 1000s of others). Compare LAURUS to the following words with same phonetic stem -LAR-,-LOR-, and meaning related to 'protection' from Spain to Iran, and from Scandinavia to the Mediterranean:

I recently used the term "wifebeater" for that certain kind of shirt without sleeves. An American friend notified me that there is an argument trying to change it to "a-shirt" (as opposite to t-shirt).

Admittedly it is quite an odd word. And also probably not entirely true. Not all wifebeaters wear such shirts, and not everyone who wears such a shirt is a wifebeater! In German it is simply called "Unterhemd" (undershirt, as you wear it under the clothes).

Thinking further about it, I remembered that there is a special kind of collar on a shirt that is called "Vatermörder" in German. Father murderer. Not really better!

Do you have any other examples?
What is the word for what Virgil is to Dante? It's "guide" but fancier; there's a specific word I'm blanking on. I don't think it's "psychopomp": that might fit but I kind of feel like I'll have a light bulb moment when I see the right word and "psychopomp" does not light me up.

What does the English word 'weeknight' mean to you?

According the dictionary.com, 'weeknight' means 'any night of the week, usually except Saturday and Sunday'. According to Miriam- Webster, it's 'a weekday night', with weekday defined as above. So it's Mon-Fri nights.

"I don't go out on weeknights, because I have to work the next day."

Anyone else using it like that? And if not, can you think of some other expression for Sun-Thurs nights?

There's also "school nights", which does mean Sun-Thurs nights, but I've never liked using that except for schoolchildren.

We're having a Brazilian Portuguese teacher come round to do some little lessons/play sessions with our daughter, and the other week she taught her some actions to go with a song about the phases of the moon. This vocabulary was new to me, too, and led me to a couple of questions:

1) The word minguante sounded kind of familiar to me from Catalan (a language I'm more familiar with), and so I looked up minvar in a big Catalan dictionary and found that it meant to diminish, get smaller, etc., and came from vulgar Latin minuere, related to 'diminish' , and so on and so forth. Looking up minguar in a Portuguese etymological dictionary gave me the same ultimate origin, but what it didn't help with was the ending of the word.

My best guess was that maybe crescente owed its ending to some Latin influence, as an astronomical term, and that minguante was modelled on crescente, but I don't know if that holds water or where I would look to verify it. Can anyone help?

2) What would you call the shape of the moon when it's more than half but less than full ('gibbous' in English)? 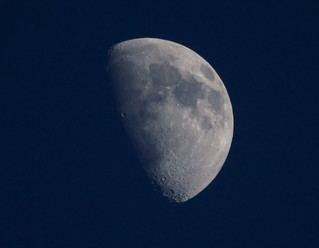 .
I saw this phrase used in a post by a native speaker of US English. Due to the nature of the post (they knew their elderly relative wouldn't be with them much longer because he was passing out the Benjamins like sweets) it doesn't feel appropriate to ask the poster.

I've tried googling it, but that just gets more examples (and always with the upper-case B) rather than any explanation.

Can anybody give me a clue what it means? Is there literally a thing called a Benjamin that people give to other people? Is it some kind of metaphorical usage? And is it modern, old-fashioned, regional, etc?

ETA: I've now been informed that "Benjamins" are hundred-dollar bills, due to there being a picture of Benjamin Franklin on them. Thanks for the very quick response! But I'm still interested to know whether this is a modern, young-person's usage, or whether it's standard amongst all age groups; regional or national; slang or acceptable in formal situations, etc, because this is not a phrase I've vaguely wondered about for years, this is a phrase I have literally never seen/heard until this morning.

Hey there, total newbie here when it comes to linguistics, just wanting some clarifications for a personal project of mine and seemed like this would be the smartest place to ask.

One of my little side projects that I've started is a conlang - and it's my absolute first try at conlanging. And I haven't taken a linguistics course before, so I'm not familiar with most of the terminology for this sort of thing. But I want to know how a linguist would talk about this. "This" being the proper terms for the various conjugations I plan to use.
( Collapse )

If you need me to clarify anything in order to get what I'm trying to describe, feel free to ask; I haven't studied linguistics before, and it's been literally years since I had an English course either, so I know I'm probably using awkward terms here. I'm actually almost proud of myself for remembering what a "direct object" is.

Thanks in advance for anyone who can clarify the proper linguistic terminology for all this, and double thanks for being patient with a newbie! :)

I know it’s the lowest form of linguaphile entertainment, but I can’t resist.  What is the oddest entry you’ve seen in a bilingual dictionary?  I just came across the following in Aquilina’s Maltese-English:

sardan, 2.  also bencel, to carry children making much fuss about the inconvenience of having to do so.  issardan [the passive]:  To have its clothes untidy and disordered (said of a baby handled by different persons).

It seems that every language should have a word like this, but sadly not even the Maltese use this one (or its synonym) any more.

Another way to play this game is with words you’ve actually heard someone use.  There my candidate would be either raffāṣah, the Egyptian Arabic word for “wet scrap of newspaper used as a temporary cover for the smoke-hole of a homemade water pipe”; or Abendrot, the German for “reddish color of the sky at sunset.”

And yes, I realize this is just a translation problem, not a matter of intrinsic oddness.  To reverse it, I imagine that an English word like “fungo” (a baseball tossed into the air and hit by the same player to let other players practice catching fly balls) sounds pretty funny too.

I have a question regarding the word "coin" as a noun. I've always known it as countable, as in e.g. I have three coins. However, recently I've seen it used as an uncoutable noun, pretty much the same way "money" would be used. E.g. If I should pay this much coin, it's not worth it. I did some research, but I couldn't find a definitive answer, so I wanted to ask if this usage is correct, and if so, how often it is used. Thanks!
Collapse