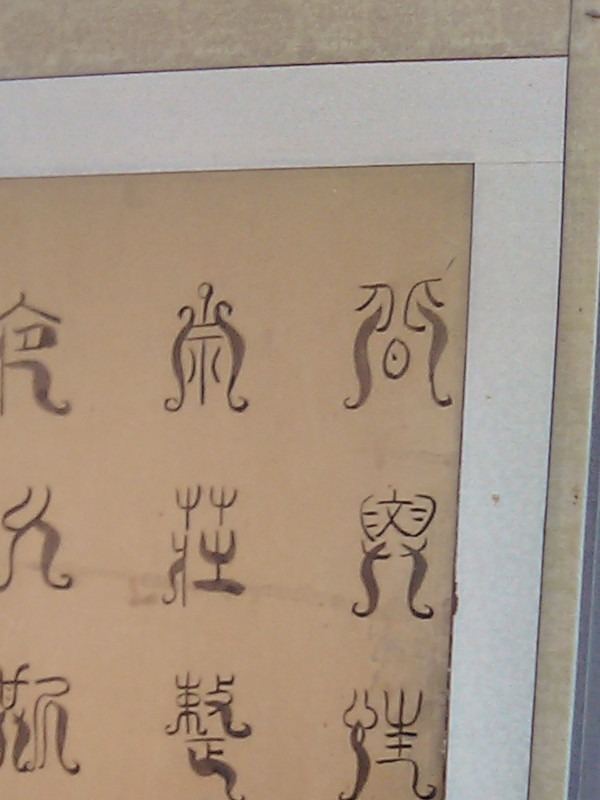 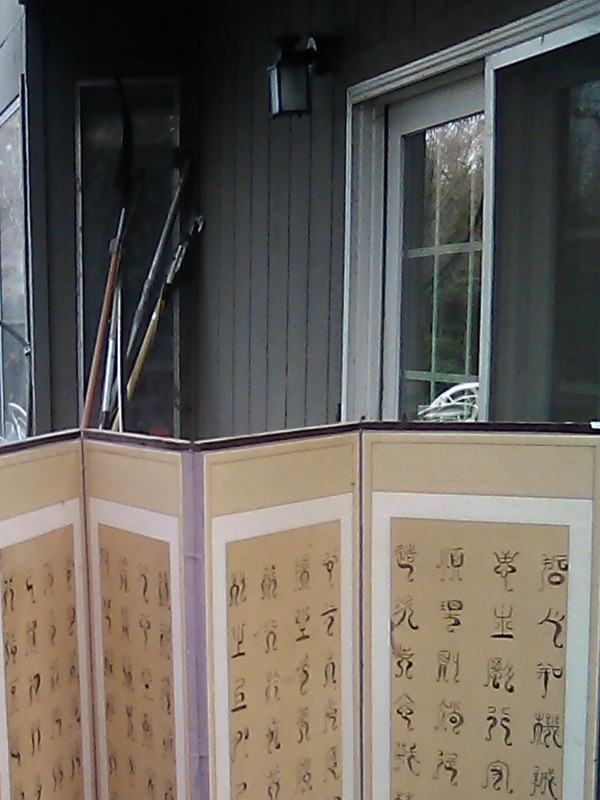 This was in the garage of a house we moved into. The previous owner had been stationed in Korea and had visited Japan. Would anybody know what these are on rice paper on a six-part folding screen that is four feet high and seven feet long unfolded?

I have been looking up my middle name for years with no luck. I am half-Korean but do not speak or read/write the language. My mom told me that my name is older and therefore spelled in hanja, but she needs to "figure it out" and isn't too sure how to write it in hanja. I googled hanja names and stumbled across this community. I'm hoping you guys can help me out!

My name is spelled "Yae Ja" in English, and my mom told me that it means "artistic". My mom wrote my name in hangul as "예자". I found the name "Ae Ja" which sounds very similar to my name. I don't know if it's the same name just spelled differently, or if they're different names.

I'm wondering if anyone knows how to spell my name in hanja, and if anyone knows if Ae Ja and Yae Ja are the same name (minus a difference in English spelling). And if it truly does mean "artistic" or if it means something else.

Thanks in advance :D

I speak some Korean, but I wanted to double-check with natives and/or people who speak it far better than I do.

My main character this year for NaNoWriMo is going to be a prophet of sorts. Think Cassandra from the Trojan War in that he's also going to be widely disbelieved. However, the term he and others with similar abilities are going to use to describe themselves needs to be a Korean word, because their abilities first appeared in people living on what is now Jeju Island, and thus the headquarters of this Order will be in Korea. I was going to go with 예언자, as in, the Order of 예언자들. However, is that correct? Or would something like 신탁 be better? I'd even thought of something like 마녀 or 마술사, but those I think mean more like "witch" than "seer."

If anyone can advise, I'd really appreciate it. My Korean is at maybe a four-year old's level, so those who know better are obviously the ones to ask. 감사합니다! (Also, of course, if the Hangul doesn't show up, I will transliterate.)

I just picked up another language, and it's Korean.
I've been studying for a little while, and I'm trying to keep myself interested.
Does anyone know a website or a twitter account I can practice/learn new words?
There are some people I follow who speak very briefly but their vernacular is weird sometimes.

Also, while I'm asking, know any places to build up your Japanese reading?
There were a couple of places that I used to visit, but I don't have the URLs anymore.

I don't necessarily want flash card places, though for Korean that might be helpful starting out.
If I'm not being clear, feel free to ask; it's 01:40, and I just crash studied for three and a half-hours.

I went to a Korean festival yesterday and noticed these boxes piled up behind a display booth.  The English translation has me stumped as to what it could be, and I'm hoping the Korean words above it say what it is.  There was nothing at the booth itself that seemed remotely close to this description. What was in these boxes? (May or may not be SFW?) Thanks!

Hello everyone! I posted here about a year ago asking about learning Korean. I now study at one of the universities suggested by commenters (thank you guys!), and I began my Korean class this week. Unfortunately I missed about a week of class due to a spot only recently opening up, and now I have to learn a lot on my own.

Does anyone know of any Korean alphabet/vowel learning games? I don't have anyone to practice with, and I'm having trouble with the more complicated vowels. Any games or other resources would be very helpful. I have to make up the alphabet quiz I missed on Tuesday, and I'm getting nervous that I don't have the vowels down. Thank you!

I want to try teaching myself Korean and I've been looking at getting a textbook. Integrated Korean and Active Korean seem to come up a lot. Does anyone know if there is much difference between them or have any other textbooks/resources to recommend?

Has anyone in this community ever had an (in-person, not penpal) language exchange partner?

If so, what was your experience like and do you have any tips?

I'm currently living in Korea, and this is my third year here. Since I've been here so long, I've started to study the local language more seriously. I began just a few months ago and my level is very low. My goal is basically to be conversational.

I take a weekly free class but am starting to meet partners to help me practice.

The big problem I have is that Koreans, on average, have been studying my language for years on end obsessively, while I'm only a beginner in their language. It makes it much easier them to push English. (Related note, this past weekend I went to a "language exchange" meeting, only to find everyone, including other expats, only speaking English.) So, I feel like I have to be careful to make sure they're not the only ones benefiting from the "exchange." Anyone ever been in this situation?

Hello, all! I'm a high school senior (now!) with an early interest in languages, for background. I'm already taking French and starting Spanish along with it this year. Those are the only foreign language classes offered at my school. While I'm pretty good at French already (for my level, anyway) and look forward to starting Spanish, the language I've always been most interested in is Korean--especially now, as most of my friends are international students. The problem is that I have no idea where to start this journey. Do many colleges offer Korean classes? Are there any websites or books you would recommend? Or is the best option to simply hire a tutor once I've gotten more settled in life?

Thanks for any help or insight you can offer!

So there is a lyric from a Bigbang song, Wings, that I would very much like to have a tattoo of. I felt that it would be excellent to have it in Hangul along with the English translation (it would be going along the side of my forearm, and just the English wouldn't look right in size). Except... I have no idea how to actually figure out which part it is.

And here are the two best pages of lyrics that I could find. One has the English translation and the romanized lyrics, the other (which is a horribly ugly page) has the romanization and the lyrics in hangul.

http://bamsaranghaee.blogspot.com/2012/04/big-bang-wings-daesung-solo.html (a song will start playing in an app)

The line I want is what is translated as 'I'll be your wings', that's in the second to last batch of lyrics (I'm afraid I have no idea how to talk about song structure).

(I have become a horrible Bigbang fan. I already wanted the 'love LOVE love CHANGE love HATE love DUST' line on my opposite arm, but when I actually really figured out what Wings was about I had a moment of I MUST HAVE. Oh, identifying with songs.)

EDIT: Because I forget to include the links I meant to include.
Collapse