I recently got linked to this photo of a bad tattoo, and the complete misuse of characters and symbols amused me, so I thought I'd share.
( Collapse )

The other day I wrote an entry in my Russian-language blog about SignWriting in Unicode:

An ASL Wikipedia project is not (yet?) incorporated into main Wikipedia, because it uses SVG rather than plain text, but as soon as the Unicode Consortium adopts
it will be possible to write in many (all?) sign languages of the world in plain text. It is likely that Sutton signwriting is universal ("It has been stable since 2008, having been formalized after 34 years of development.")

The general population can be interested in 1D8C6 SIGNWRITING HAND-FIST MIDDLE UP; the equally interesting facepalm gesture, however, will be composite, probably using 1D90B SIGNWRITING STRIKE SINGLE; I won't attempt to construct it after one brief reading of the document.

I'm scanning my grandpa's collection of photographs and found these old photos which were printed as postcards, with notes on the back. I'm guessing these are from my grandpa's family, which was in Mariupol, then the Russian Empire, now Ukraine, but they could also be from elsewhere. Photos & notes included below. Any translations or context much appreciated,
Hunter 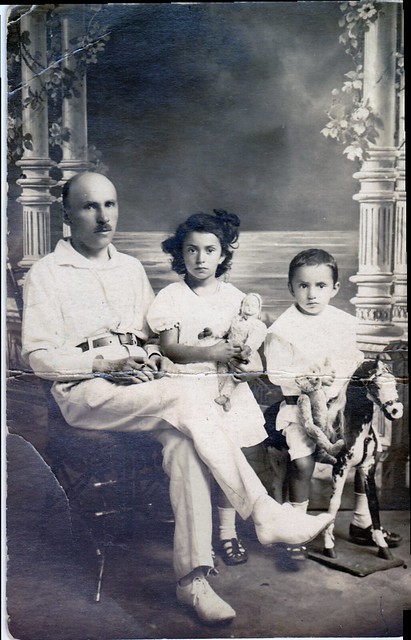 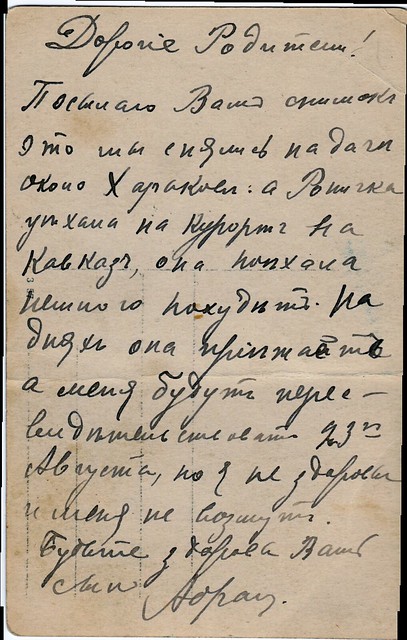 baby_rhino for the help! Is there anything to date the photos? I didn't know I had family in Klintsy or Kharkov and don't recognize the names, so I'm trying to figure out who exactly the individuals are. Also, does anyone know what the population of the areas would have been at the times these photos were taken?