Is it "from thereon out" or "from there on out?" Microsoft word says both are correct but I don't know if I believe it...

I recently bought a little packet of alphabet pasta imported from Greece. Although practically everything on the packet was written in Greek (save the list of ingredients, which were also in English), the pasta itself was the Roman alphabet, not the Greek one! I suppose this may make sense for export purposes (though if it were primarily aimed at an export market, wouldn't they have translated all the information on the packet into English and perhaps another language or two?), but it did start me musing about alphagetti.

Have people seen pasta in alphabets other than the Roman alphabet? (and should one capitalise the "roman" there??) How about other sorts of scripts... which characters might be selected for Chinese charactergetti, I wonder?
Could you please write the following piece of text in your native language:

For this song: Alabina, "Horchat Hai Caliptus". I'd assumed it was Arabic, but I really don't think it is... I'm not recognizing ANY of these words, and I can usually pick up at least a few Arabic words that sound "familiar" to me (even if I don't know what they mean!). I'm thinking maybe Hebrew? Someone help me out. And any sort of translation would be great, too, though not at all necessary.

Can someone tell me the english translation of this song?

I was driving today and the car in front of me had a bumpersticker in Russian.

The pic is below, and you may click to enlarge. But the quality isn't that good. From what I remember, it says помой меня, я вся чешуся. I used Google Translator, which translates it as "wash me, I'm all cheshusya."

Can anyone help? Спасибо! Hey all, I came across this language map showing the language families in pre-colonial North America, thought you might enjoy it if anyone here has any interest in Native Americans.

Should be able to fit the image to your window if you right click and select something like "View Image".

ETA: Here's where I found it: http://en.wikipedia.org/wiki/Amerindians

hi, how would you call this type of colour lamp, seen in many places in Russia: 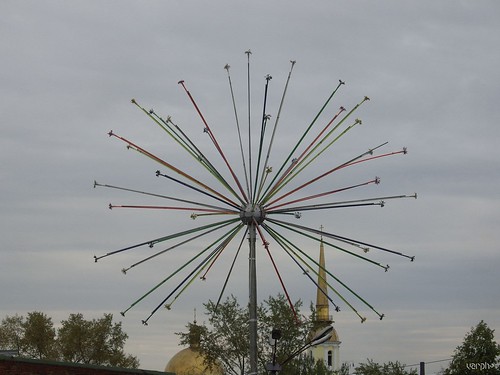 in any language, but i mainly need its English name [if it exists at all].

thanks and sorry that this is not strightly a linguistic question.
Hello
I need more help with American English
thank you everybody who helped me with "immersion heater", I bought it at amazon and now my happy family is waiting for it
I need to buy "анальные свечи от простуды" My American doctor does not know about it
In Russian pharmacies they are named "свечи" (candles)
It is small sticks infused with medical compounds which are inserted into anus, they help your body to fight against deceases. There are candles against cold, flu, anal problems, "stool problems", mental illnesses etc
Neither my doctor no local pharmacy in Palo Alto, CA could help me to find them.
What is the proper name for this medicine in American English?
I bought many of them from my friend programmer who often travels to Moscow, but I do not have them anymore.
Collapse