A few weeks ago, I discovered http://www.fsi-language-courses.com/ and found the site very interesting, downloaded a few of the textbooks, etc. I never got around to actually using one of the courses, however, but I recently became interested in the Hungarian course, which seems to be one of the most comprehensive out there.

Has anyone here used any of the courses (it doesn't necessarily have to be the Hungarian one)? What do you think of the approach?
I don't have it in Chinese characters, but how do you pronounce the name 'Ruike?' (If it matters, the girl is from Chengdu.) I have to talk to a foreign exchange girl and I don't want to massacre her name.
I'm having difficulties with the following sentences:
"Si on en est venu à ce qu'il existe aujourd'hui de la vie, c'est qu'il devait déjà en exister." my attempt: "if we come across what exists today of life..." is it close? any better ideas?

thank you in advance.

Which of the euphemistic expressions for "go use the toilet" sound the least embarrassing and are acceptable in most social situations? (In any language; also, please mention the literal meaning).
Thanks.

Can anyone tell me about the Chinese tradition of having a generation name - a character in a Chinese name that is shared between all male family members of each generation? I asked my family, but they only told me that it was "tradition". I've found out that the characters are taken from a generation name poem, but not much else.

I'm curious to know about the history of this practice, and what it means if a family follows it. Does it have something to do with social status, clan pride, etc.? Is the practice still widely used? (Obviously not in mainland China due to the one child policy.) How are the poems chosen/written?

Could anybody help me with better understanding of this English sentence?

"The United States had become a space-faring nation and the allure of the unknown called many planetary physicists' attention to worlds beyond Earth's atmosphere."

The allure of the unknown.....means people's much interest(towards the physicists)?

Beyond Earth's atmosphere      It represents their ongoing research?(phsycists researching about inner space?)

Call attention it's idiom, (so many people's interests are looking eagerly at the physicists' work).?

I would be grateful for your help!

Does anyone know what this Hangul-word means? If i'm correct it means "discovery". Is this correct? Is it the only meaning of the word, or does it have other meanings too? 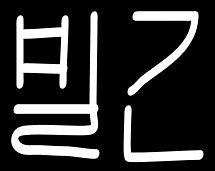 And, if this would be written in "caligraphy" [the proper way of writing Hangul anyhow], how would it look?

I was just wondering how I would say "ready, set, go!" in a foreign language (specifically Spanish and French). If you could provide the phrase in the original language, an idiomatic translation, a direct translation, and what context I would use it in (if its specifically used by children or in only in a certain sport) that would be amazing (and remember to say what language its in). I'm a competitive person by nature, so I need to know how to start a race around the world :)
Collapse