I was just going through past posts on the board and i was reading a few of the comments in the "language purity" topic about the ugliness of PC-words.

The specific words were chairperson and firefighter and others like this.

I personally have always found English to be a mishmashed Potato-spud of a language.

It's awkward but it works. So handing out an esthetical quality to new entries to the language in which you say that this change is ugly or this change is unnecessary is in itself somewhat redundant.

My uncle used to say "Can't beat ugly with an ugly stick to make it uglier." The phrase itself was quite degrading to the family member it was used against, now that I think about it, but I think it somewhat applies to this situation.

What arey our views on the "beauty" or even the "flow/awkward-quotient" of English?

It seems to come up quite a bit in anti-political correctness conversation.

Just curious your views on it.

I'll post a more detailed view on it in response to posts, as i need to head home from the office.

Does anyone know where I can get a detailed map of US accents online? I have searched and searched and have had no luck

Would it be possible to either


Personally, though I find actual linguistic requests and topics of more interest, I don't mind the tattoo posts. I'd prefer to see people giving some kind of indication that they're doing research before getting their tattoos done, than not (though I would no more suggest that this be your only stop, than I would suggest that you only use one resource for a thesis).

What I am getting really bloody tired of and what is beginning to mar my experience of this community is the arguments etc that ensue every time such a post is made. All this does is rehash old gripes about one of the many topics in life that people are never going to agree on.

May I suggest not having these posts or making it a community rule that members either help in their comments to them or don't say anything at all?

Hi all,
Haven't posted here for ages, but I have a good excuse - I'm a new mommie to a sweet baby boy whose name now stirred a language debate. :)
We named our son לביא which is Hebrew for Lion. The name is pronounced exactly like the French "la vie". Now, initially, we transcribed it Lavi, but I personally can't stand the look of `I` in the end of a word - it looks terribly un-English to me. So I thought of Lavy... Which also looks kinda off.
(I could go all fancy and write Lavie, but the kid will go through hell saying: "yes, Lavie with an I and an E in the end", plus people will read it like "lovie"....)

Any suggestions? Alternative spellings? Does "Lavi" with an `I` makes sense to you (English speakers mainly)?

<Edit> Sorry, I was unclear (and therefore slightly changed the OP). My main issue is to try and find the spelling that best conveys the proper pronunciation of the name...  Stress on the second syllable. When I said it doesn't LOOK English, what I meant was that I was worried it would look too foreign so people won't understand how to read it. And "Lavie" is obviously not a real option... Poor baby, I wouldn't do that to him. :)

Hi! I need help. I am writing a proposal. Applicants are instructed to use 1 side A4 format. What does this mean? This isn't exactly a linguistics question, but it is an instance of me not understanding the language. Thank you.

Because I can, and they're fun. 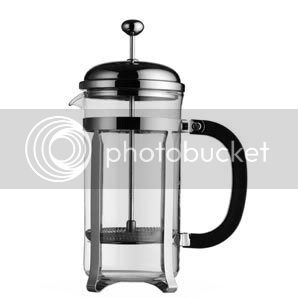 Open to: All, detailed results viewable to: All. Participants: 325

Edit- sorry, that should say cafetiere. I can't type, and it doesn't let you change the questions after people have voted, for obvious reasons.

I know there are quite a few fans of Welsh here, so I thought people might like this. I was turning some of my vinyl into mp3s before I packed it away to leave the country for a while. Datblygu are one of my favourite bands. They were active in the 80s and sang only in Welsh. Their aim was to make modern, new music in wales, that wasn't full of eisteddfodity or just a copy of someone else's music but sung in welsh. Imagine a more varied, less agitated Fall with lyrics full of sly wit. I really have no idea if any of this stuff is available outside the UK (I bet it isn't), and it's nearly impossible to find anything except Y Teimlad to download, so let's hoping you enjoy it.

Some of my own favourites

From the John Peel Sessions album:

I didn't have their two other albums Wyau (eggs) and Libertino to hand.
The links will all work from 7 days from posting. After that you won't be able to download the songs.

The website http://www.datblygu.com/ is all in welsh, but the good old BBC has information in English as well http://www.bbc.co.uk/wales/music/sites/datblygu/

Okay, so to help with my French, I have my hotmail settings set so everything's in French. Occasionally, hotmail users(I say this because my Gmail account never receives any) receive letters about how they won foreign lotteries they never entered. This one I just received is in French, but because of my rather lacking French skills, it looks fine to me. What do you guys think? I ask because Scammers usually have a bad habit of having ridiculous spelling and grammar errors in their emails.

I think this is the first question I'm posting here, even though I read everything and occasionally comment. So I suppose an introduction might be in order. I'm a student at Stanford University majoring in linguistics and interested in studying every language I can (Spanish, French, German, Russian, and a little Slovenian so far). My family spent time in Slovenia while I was in high school so I'm particularly interested in Eastern Europe and Slavic languages.

Now on to my question...

I just got back from visiting relatives in Wisconsin, and several times while I was there I heard my grandmother use the word "yet" where I would use the word "still". For example, "They're winning yet" as opposed to "They're still winning" or "They're winning still". I was just wondering if many other people use word "yet" in this way, and if it's a Midwestern thing or more widespread. I was contemplating that it might relate to the fact that the German word "noch" is used where both "still" and "yet" would be used in English since there is a heavy Germanic influence in the Midwest. My grandmother's first language was German, although she didn't speak it at all after she was five years old and doesn't remember it anymore.

Any feedback would be appreciated...let me know how you use the word "yet" and where you're from, and anything else that you feel like saying : )
Collapse